What an opportunity! Even now, it feels surreal to have been awarded a trip to Disney World. Before this trip, I had never been to Disney World. Which made it even more special, it was so much fun to be able to explore each of the parks, following a tight itinerary to ensure we didn’t miss out on anything.

We began off our trip to Disney at Epcot, which ended up being my favorite park. It was so much fun exp 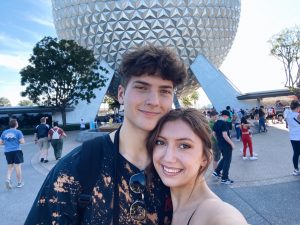 loring the different countries set up within Epcot, exploring the shops, restaurants, and various rides. The country I enjoyed exploring the most was Norway; they had such a cool variety of shops and foods matching the Norwegian culture. We explored the rest of the countries, grabbed a few pictures with the Epcot ball, and hopped on the Monorail to Magic Kingdom. This felt like the heart of Disney World. Magic Kingdom was a whole new experience, it was exactly what I was hoping for, when I found out about my trip to Disney. Highlighting many of the different iconic Disney characters throughout the whole park. This park also had my favorite ride, “Buzz Lightyear’s Space Ranger Spin”. A ride where you shoot at targets and aim for a high score. This ride brought out my competitive side, as we ended up riding it twice, so I could try to hit the max score of 999,999. 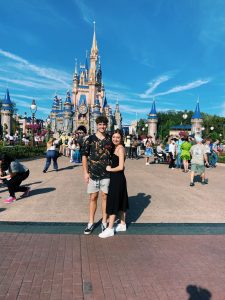 We concluded our day at Magic Kingdom, by watching the movie-esque fireworks over the Magic Kingdom Castle. After this full day of Disney, we had clocked over 30,000 steps and were exhausted; we looked forward to heading back to the resort and relaxing in the hot tub to finish off the night. The next few days, we visited Animal Kingdom and Hollywood Studios.

The Tree of Life at Animal Kingdom was incredible. We explored the whole park and enjoyed a safari seeing all kinds of animals, one highlight being able to see a hippo! Next, we moved to Hollywood Studios, which was its own unique experience. 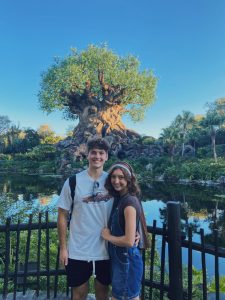 This trip to Disney World was truly a special vacation. Something, I will remember and cherish for the rest of my life. Thanks again to the International Collegiate Sales Competition. This was an unforgettable experience!